In Search of Lemuria by Mark R Williams
Wonderful crackpottery! "The lost Pacific Continent in legend, myth and imagination". There's some fantastic stuff in here! The author strikes an interesting balance somewhere between being open minded and willing to consider anything, and just a little TOO open minded. Some of the facts get a little bent in order to support the Lemurians. The book appealed not only to my love of mythology but to my fondness for conspiracy theories, new-age claptrap and fascination with the old European myths of the southern land - or even better, Lemuria/Mu - and the crazy reasons Europeans came up with to explain how Polynesians had achieved such superior feats of navigation.
Hilarion is hilarious. amazon .. Hilarion

Complete Works of Sherlock Holmes by Sir Arthur Conan Doyle
Actually I only got a third of the way through - the rest will have to wait til another time. Slightly more complex than it appears at first glance, Holmes is something of a pompous git, tho he does appear to have superhuman strength (that poker!).

The Tree Where Man Was Born by Peter Matthiessen
"The" Africa book.

Pride & Prejudice by Jane Austin
A vaguely interesting story told in language so painfully polite that it's almost a foreign language. Amiable. 
Weapons of Choice by John Birmingham
Nothing like his other stuff, apart from a very few flashes of humour, but surprisingly readable. Appropriately, I bought it at the airport (and it saw me through two four-hour flights).

Day of the Giants by Lester del Ray
I can't believe I read this pap again! But having just read up on Norse mythology it was a lot more enjoyable, especially seeing del Rey's interpretations: Thor's seriousness, Heimdallr's foppishness.

The People's Lawyer by Phillip Ells
A Brit lawyer's stories from Tuvalu. Kinda similar to Sex Lives of Cannibals in a lot of ways - probably not quite as funny and a little more loving in its humour. More serious stuff too, and well done.

The Magical World of the Lord of the Rings by David Colbert
"The Amazing Myths, Legends and Facts Behind the Masterpeice." Some interesting stuff about the mythical origins of the LoTR but pretty lame and gee-whizz overall. A pale shadow of Ruth S Noel's book. Strictly for newcomers: those who saw the film first.

An Introduction to Viking Mythology by John Grant
In the same series as Bellingham's Greek myths but more irreverent and (after starting a little badly with an annoying Who's Who) a lot more fun reading. Some good images. The Amazing Adventures of Kavalier & Clay by Michael Chabon
I think this might possibly be my favourite novel ever! amazon .. reading notes! .. wikipedia .. chabon fansite

Myths & Legends of Fiji & Rotuma by AW Reed & Inez Hames
Some good stories, great for reading to loved ones.

Biggles in the Jungle by Capt. WE Johns
Biggles stared, and saw a man in white ducks sitting next to [Algy]. "Great Scott!" he ejaculated for Ginger's benefit, "it's Carruthers". 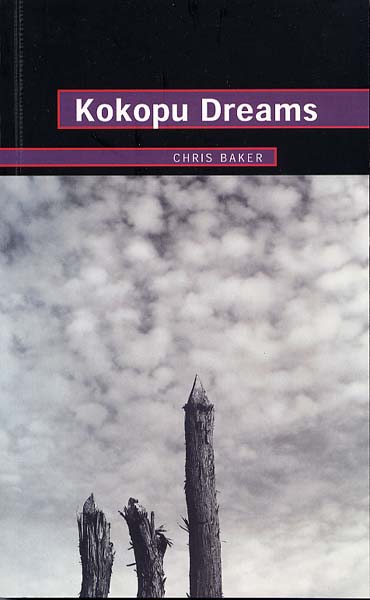 Catcher in the Rye by JD Salinger
Nice. One of the few books I've read where I found myself wondering whether I liked the bloke ... why is that important? (I decided that Holden is a nice guy deep down, despite the superiority complex.)

An Introduction to Greek Mythology by David Bellingham
Great, illustrated copy with nice, short explanations of the artwork and a consistent approach to the stories themselves. Right into the comprehensive family tree so ends up skipping a lot of interesting stories for the detail.

They Wanted to Rule the World by CV Portus
Studies of Six Dictators [Alexander the G, Julius C, Charlemagne, Ghenghis K, Charles V, Napoleon] and Other Essays. A bit light-on as far as what they did and too much pontificating about their far-reaching influence and whether they meant that to happen. Finishes with some silly alternative history business. Writing from a mid-40s perspective the most interesting thing about the book.

The Greek Gods by Evslin, Evslin & Hoopes
The same copy of the same book I read in primary school - the one that got me hooked on mythology. Short and sweet.

The Odyssey by Homer via EH and DCH Rieu
A very readable prose version. Nice to see the original home of some of these old stories. The wordy bits that are retained from ancient Homer are some of the most interesting aspects. (And "rosy fingered dawn" always makes me giggle.)

Man in the High Castle by Philip K Dick
Fascinating old-fashioned sci-fi set in a world where the axis won WW2. Implications of Japanese and German rule, and a focus on race, are really clever.

Harry Six by JK Rowling
She could get to the point soooner, don't you reckon?

A Certain Chemistry by Mil Millington
Very clever. 'Every time you make friends with a publisher, a pixie dies.'

Off One's Tits by John Birmingham
"Ill-Considered Rants and Raves from a Graceless Oaf Named ..." Collected (or lumpen) writings from Australia's (self-proclaimed?) gonzo journo. A master of the Rant. pap description

A Son of the Circus by John Irving
A tale of inappropriate sex and midgets, as usual. 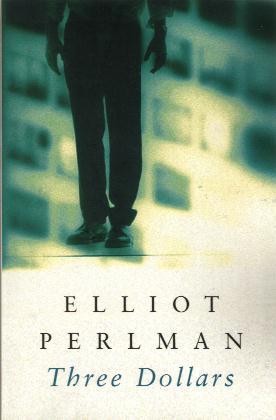 Conversations in Cabs by James McClelland
Short articles on politics and life from the Sydney Morning Herald in the early 90s.

Margaret Mead & Samoa by Derek Freeman
"The making and unmaking of an anthropological myth". Really well researched with ten times the credence of Mags on matters fa'aSamoan, but a fraction of the interest factor. Sex sells, yeah, but so does good writing.

Gilden Fire by Stephen Donaldson
Excised from the interminable trilogy (for good reason).

Players by Tony Wilson
Any resemblance between characters appearing in this novel ...

Heart of Darkness by Joseph Conrad
The tedium. The tedium.

God Under Howard by Marion Maddox.
"The rise of the religious right in Australian politics". Quite good, although it does slip into fairly irrelevant (even contradictory) criticism sometimes.

Journey to Nowhere by Keith Quinn
The story of John Mitchell's All Black "journey", RWC 2003.

Day of the Jackal by Fredrick Forsyth
Oh, this is pretty bad! The kind of book a teenager might write if they'd spent too long reading Soldier of Fortune magazines. "Half a million pounds" (gasp! sacr顢leue!) is very Doctor Evil.

Two Worlds by Ann Salmond
The story of the first meetings between Europeans and Maori in NZ, with interesting info about Europe of the time, with all its superstitions and other parallels to the Maori. Perhaps a little long. Great images. Titus Groan by Mervyn Peake
Gothic .. hard work sometimes, but beautiful.
Gormenghast, that is, the main massing of the original stone, taken by itself would have displayed a certain ponderous architectural quality were it possible to have ignored the circumfusion of those mean dwellings that swarmed like an epidemic around its outer walls. They sprawled over the sloping arch, each one half way over its neighbour until, held back by the castle ramparts, the innermost of these hovels laid hold on the great walls, clamping themselves thereto like limpets to a rock. These dwellings, by ancient law, were granted this chill intimacy with the stronghold that loomed above them. Over their irregular roofs would fall throughout the seasons, the shadows of time-eaten buttresses, of broken and lofty turrets, and, most enormous of all, the shadow of the Tower of Flints. This tower, patched unevenly with black ivy, arose like a mutilated finger from among the fists of knuckled masonry and pointed blasphemously at heaven. At night the owls made of it an echoing throat; by day it stood voiceless and cast its long shadow.

The Old Man & The Sea by E Hemingway.
Still amazing.